It's been awhile since we had the urge to launch the blog Cruizador; This one wanting to be a space where we would not only deal with the rental of motorcycles…

But our vision is to tackle all the themes related to the bike in General:

And for this first article, we wanted to hit hard by taking you to Lausanne, to Robin de Rideshaper.

Although the concept is already well established abroad, especially among our French neighbours, this loopard is brand new in Switzerland and unique in the State in French-speaking Switzerland. But now Robin's stopping us right now. "The barn (name it gives to the place) is not only a motorcycle workshop but I wanted it as the hub of the motorcycle in French-speaking Switzerland." But what does he mean by that? What's a hub? And what can we find?

But let's start at the beginning instead. Located in the Chailly district, in the 3rd basement of a rental building, the arrival is a bit disconcerting. The barn is accessed by a lift, on foot or directly on the bike.

Arrival at Rideshaper. There is enough room in the elevator to descend a Goldwing…

And after a few seconds, the door opens to a vast space of about 400m2. Robin welcomes us on a jazzy sound background that detours compared to traditional motorcycles garages.

"The place has changed quite a bit since I invested it. Thanks to the feedback from our members, and the modularity that space offers, I have been able to make many improvements. E.g. here at the entrance, I have planned a position to carry out small interventions without having to mount the motorcycles on a bridge (e.g. tyre inflation, tightening of a bolt, etc.). 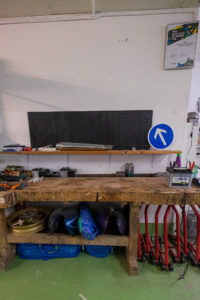 Here all the tools to make small interventions

Further on, there is my Office where I mainly deal with the Admin, and there is a space where I offer a service of wintering motorcycles (remember that the place is heated) and that our members store their bike when they do not work on it. » 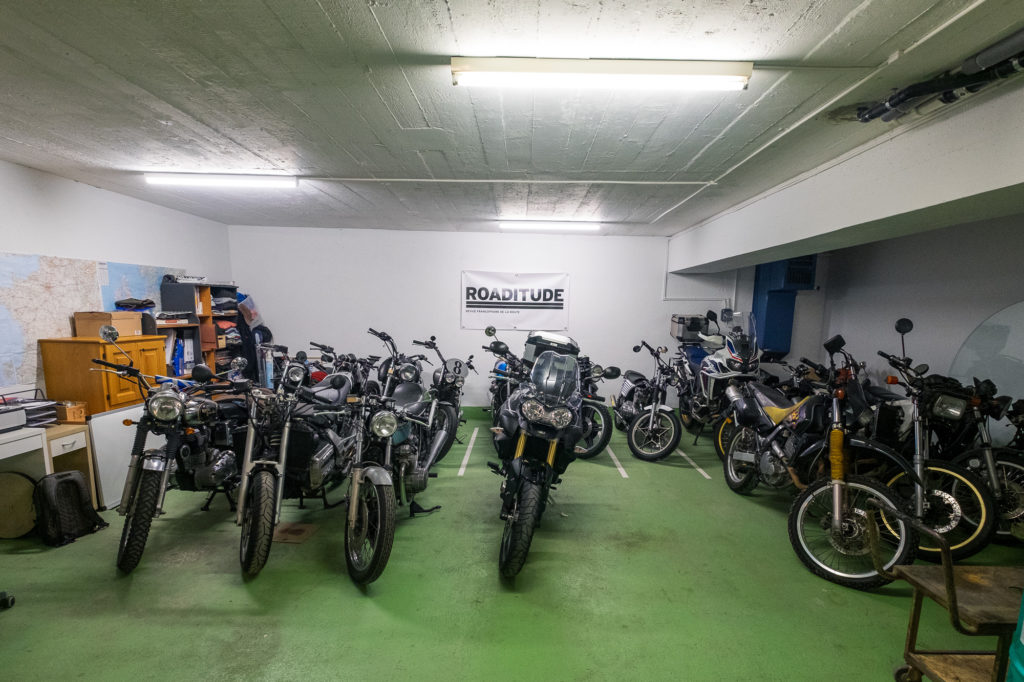 There is room to winterize about twenty bikes…

Then follows a series of about 10 workstations where more or less advanced projects align. Each post is equipped with all the necessary tools in order not to have to run long and wide to look for such an imbued key or screwdriver. 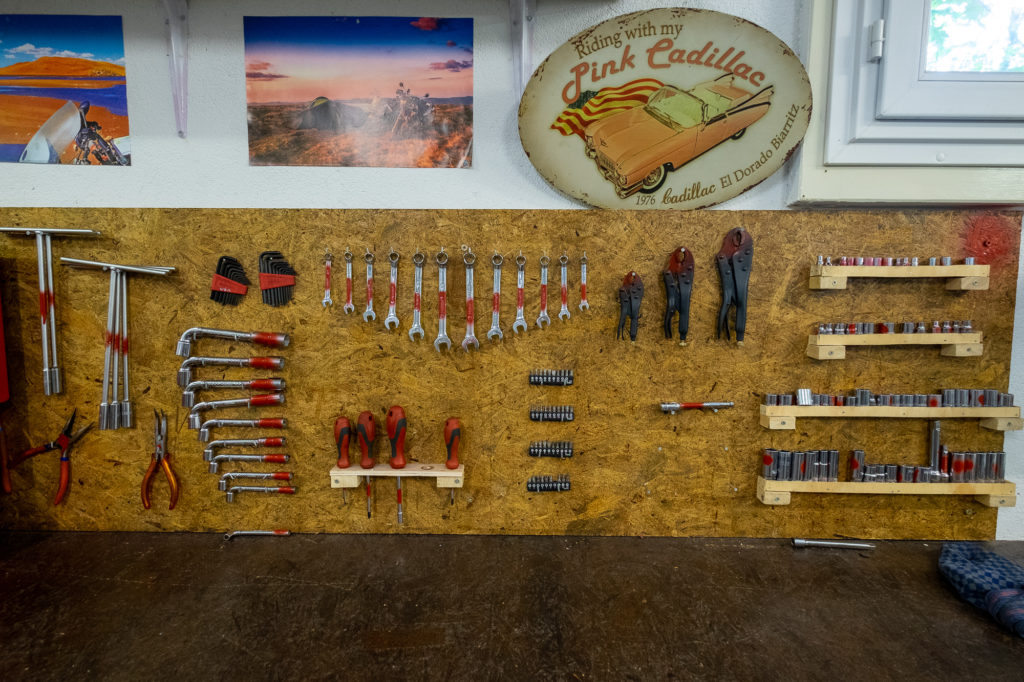 Each motorcycle must be able to be moved when the owner does not deal with it in order to be able to leave room for another user. However, there are storage spaces where members can store ordered parts for example, because Robin has an extensive network of vendors where members can order the parts needed for their mechanical project. 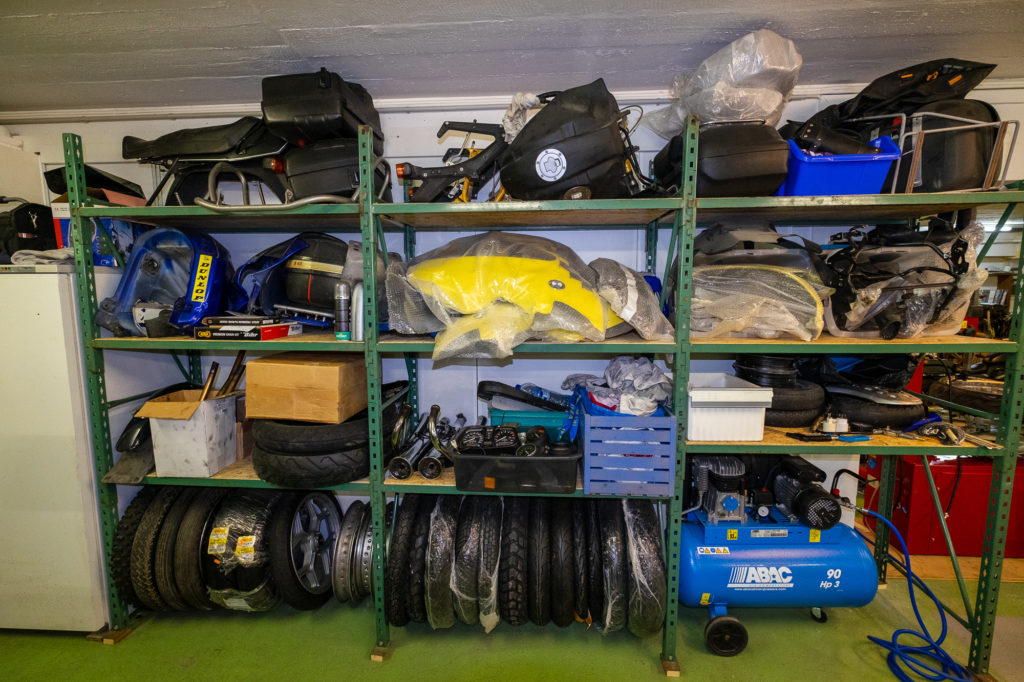 No need to lug around with all his parts. The place offers to store the parts of the projects in progress

And in addition to the many mobile bridges, the barn also offers a post for painting, a tray to disassemble an engine, a tire machine, etc. And Robin constantly teams up with new tools, depending on the needs and the projects. 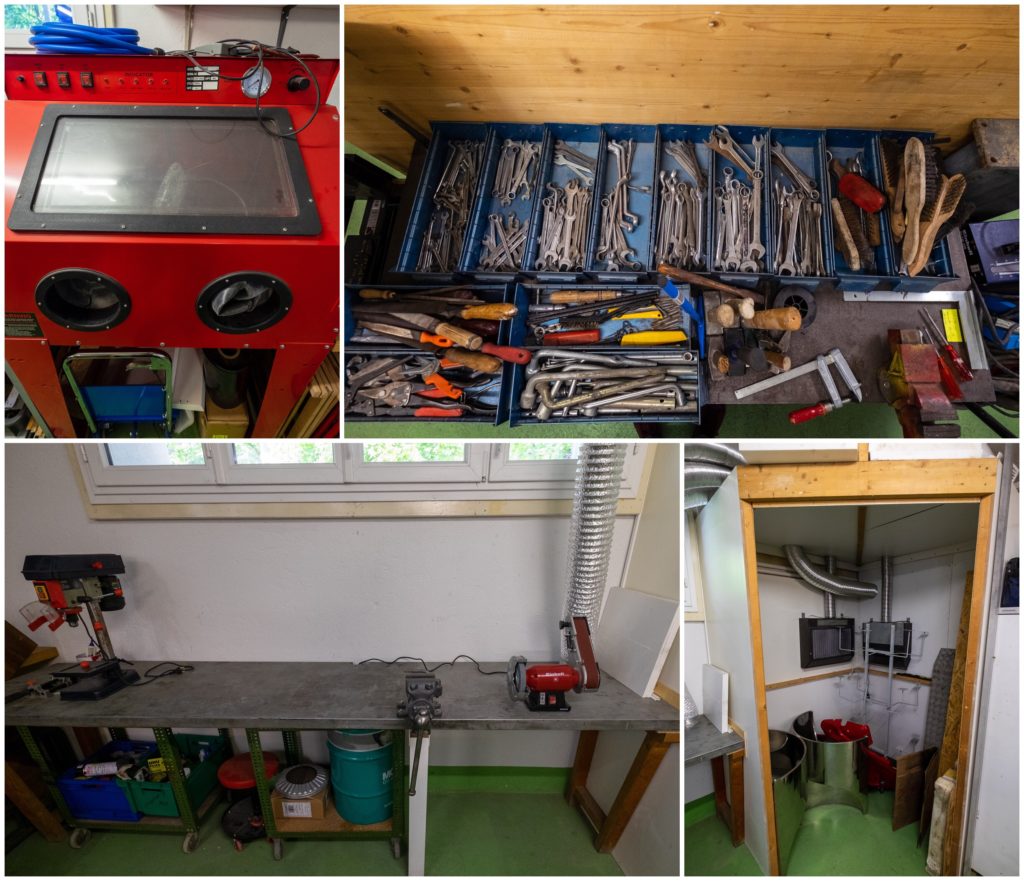 Forget the dark boxes at the bottom of a building garage. Here we work in the daylight in a clean place and with good tools

OK it's nice all this but if I have no mechanical skill, what is it for me? "We have all types of members in the barn. Some already have a good base of skills and are very independent. Others come just with their motivation and a strong urge to learn. " And in this second constellation, Robin first offers classes in mechanics, individual or group. For members and non-members. "Here it is the learner who defines the program. It can go from how to change a wheel or platelets, make a drain or more pointy things like how to adjust the valve set. " Robin also offers a very successful course for those who would like to buy a used motorcycle. "It will probably be the best money invested. In about 2H, we will review all the critical points on which to linger when we want to buy an occaz bike so as not to have bad surprises. But after that, the novice biker will be able to define a program that is a la carte. "Basically, he tells me what he would like to learn and how long he has to avail. And then we define the syllabus. » 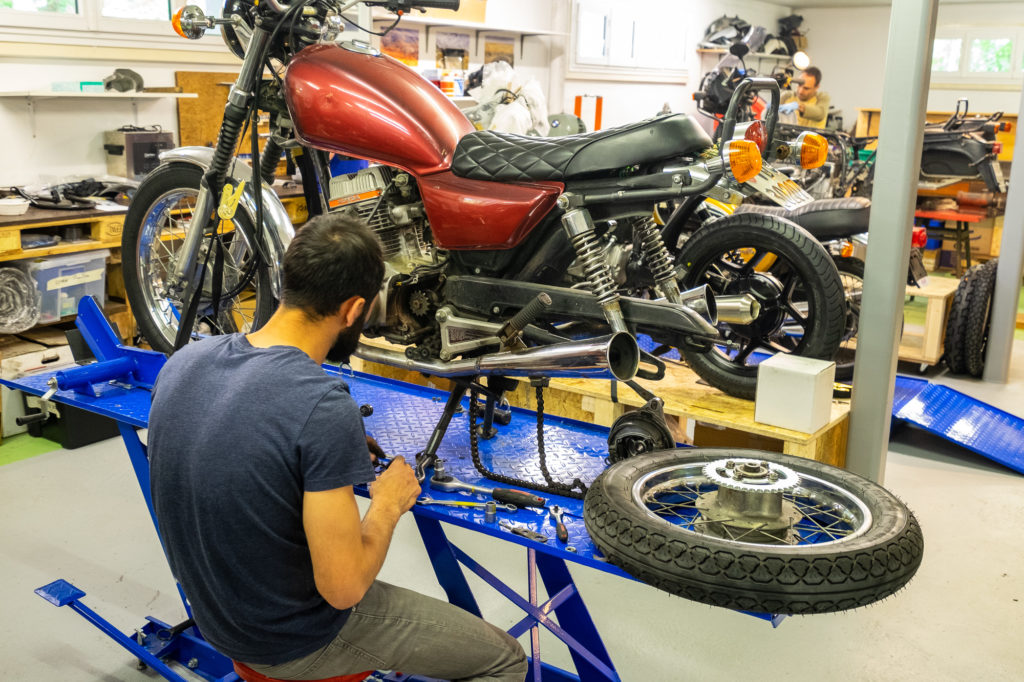 In addition, Robin is always present at the barn when it is open for members. And the least we can say is that the guardian of the temple is not stingy in advice and that the transmission of know-how really holds him to heart. It is also the fundamental value of sharing which is the key to the place. "I always keep an eye on what people are doing. After that, if it is not in a course of mechanics, I will not necessarily have time to explain in detail the why of how. I'll just tell him, on such a model, you have to do things like that. So we are more in the execution than in the reflection. But nothing prevents the combination of both. 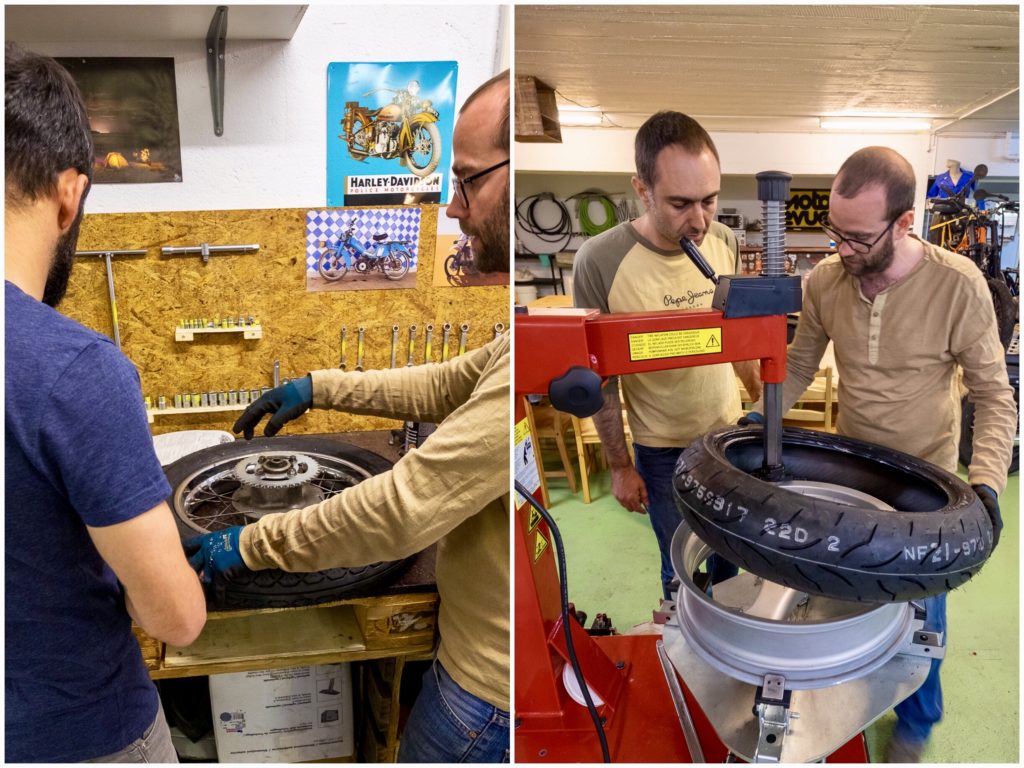 Robin (right) explaining to ULI the secrets of the Crown and then helping Thomas to set up his new boudins. The guy is on all fronts

Some people start with a course in mechanics and then, having gained confidence in their ability to do mechanics, take on a membership. Others arrive with a specific project in mind, precisely looking for the modularity offered by the place. We will cite for example. the couple Bonnie & Klyde, left on the road to Singapore more than a year ago on a Bonneville of 2014 and a BM K100 of 1985, both prepared at Rideshaper (the latest news, they are in Nepal, more info here). 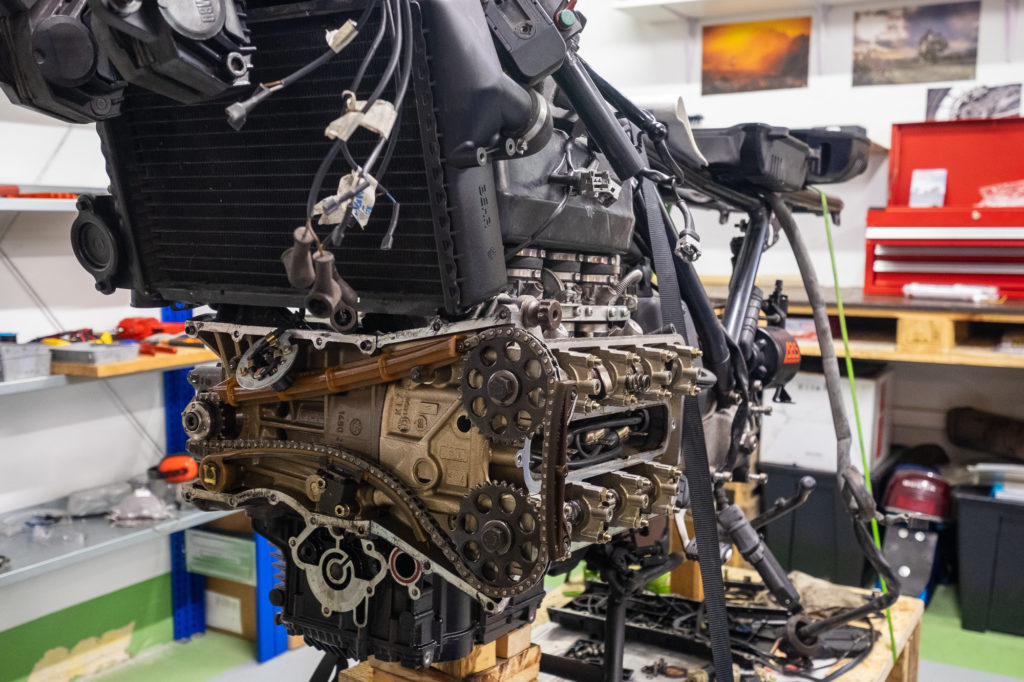 This is a large-scale construction site since it is a BM K100 that is completely dismantled!

The formula also wants to be very flexible. You can subscribe for one day (100chf), one month (300chf) or one year (600 CHF). "The rate is very degressive and most of our members take an annual subscription. It is true that when you start a custom project e.g., you know when you begin but rarely when the project will stop. It is better to predict a little margin therefore. 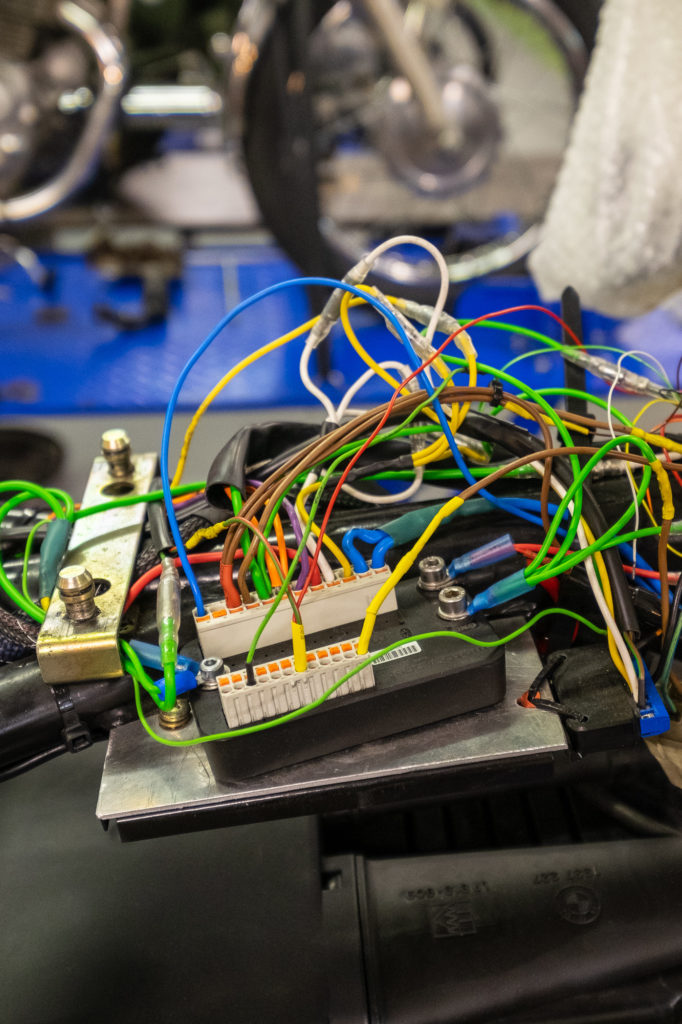 Nico in the process of installing a Bluetooth Starter to be able to start his beautiful with his Smartphone. And to say that 10 months ago, the guy had never put his hands in an engine…

But the fold, as mentioned earlier in the article, it is also a meeting place between enthusiasts, and the master of places is filled with ideas. "For me, the bike is above all a passion. It is true that Robin's profile is atypical. A clinical administrator with a university degree in management, he decided to operate a career change at 180 degrees. An early quarantine crisis? "No, but I woke up one morning with the will to do something everyday that made me vibrate. And not just getting up to go earn money. So he undertook a two-wheeled Mechano training and in the process he started the barn.

And the least we can say is that Robin knows how to convey his passion. It organizes all kinds of events related to the bike. A few days ago, he made a workshop with an insurer who explained in detail all the tricks of the motorcycle insurance. The participants looked closely at a European insurance statement or analyzed the General conditions of an insurance. This week Robin offers a presentation of the new Guzzi V85. "Our members like to discover the new models in a less formal setting than a showroom in a dealership. And for the dealer or the brands it's also win win because they have returns we will say non-watered down potential customers. Another time, Robin proposed to one of his members who had made a long road trip to come and present his roadbook to the other members. And to create real added value, Robin had invited a shop specializing in camping equipment. The latter had selected a range of items (tent, mattress, stove, etc.) to meet the needs of a biker in thirst for adventure. That's how everyone finds his account. The biker talks about his adventure with other passionate bikers, the store is in contact with potential customers and presents them with products targeted for their need.

And the fold, to finish it is also a place of life. We would like to mention first of all that there is no smell of gasoline or solvent in the loop. Robin is very strict about that. The members bring their bike by pushing it once it is in the elevator. There is a space where to suspend your business, a "kitchen" corner with microwave, fridge and tables to eat a tip or drink a mousse. Because we are not beasts and that tingle it hollow. And a few steps away, there is a sofa corner where you can relax by reading a copy of Moto heroes or by doing a game on one of Robin's old gaming consoles. 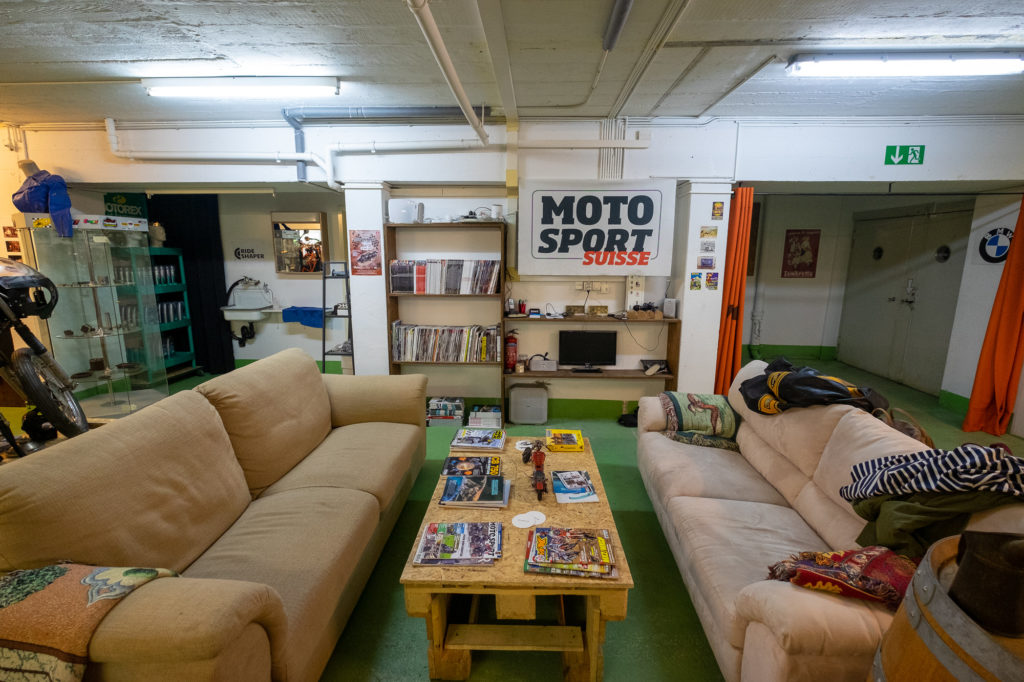 Not decidedly Robin has thought of everything, and we at Cruizador we are a fan of the place, because it conveys two concepts that we care about at Cruizador: sharing and community.

And to finish the visit, here are still some pictures (clicker on the thumbnail to enlarge)! 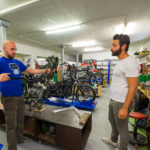 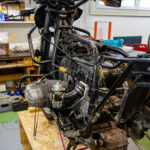 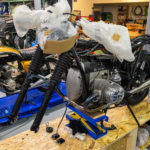 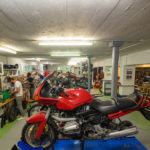 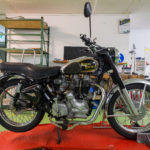 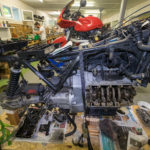 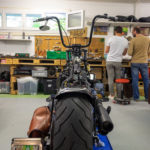 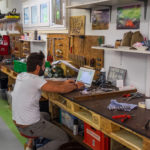 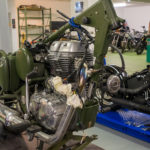 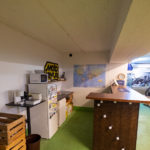 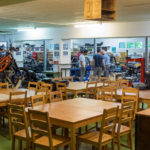 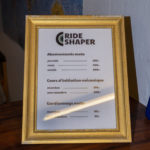 Cruizador is in hibernation until next season. You can still register your bike. We see you in 2020 with a brand new platform. Ride on!
Privacy & Cookies Policy

Any cookies that may not be particularly necessary for the website to function and is used specifically to collect user personal data via analytics, ads, other embedded contents are termed as non-necessary cookies. It is mandatory to procure user consent prior to running these cookies on your website.

This website uses cookies. Cookies are small text files that are stored on your computer, when visiting the site, temporarily or permanently. The purpose of cookies is in particular to analyze the use of the site, for the purpose of statistical exploitation, as well as continuous improvements. Cookies can be disabled at any time in the settings of your web browser, partially or in full. By disabling cookies, some features of this site may no longer be available.
Ok